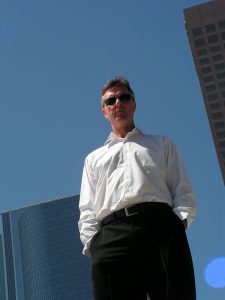 Accomplished composer, arranger and pianist Paul McDonald's music reflects the experience and influences gained in a career that has taken him all over the world. This thirty five-year international professional career began in his homeland of England. After studying jazz piano and arranging, composition, music education in Billingham, UK, Paul worked in London for over ten years as a session pianist and arranger. During that time Paul’s arrangements and compositions were featured regularly on BBC Radio where he worked with the BBC Radio Big band and Orchestra for six years.

In 1989 Paul became musical director for some of the world’s premier cruise lines including Star Cruises in Singapore and Holland America Line. Paul moved to Los Angeles in 2000 and has worked successfully there as a composer, arranger and pianist. His arrangements and compositions can be heard on TV and radio having written and arranged music for Warner Bros, Fox TV and a host of Independent movies. He continues to write music for the cruise ship industry and his music is featured regularly on Holland America line, Celebrity Cruise Line, Royal Caribbean Cruise Line and Crystal Cruise Line.

Over the last 20 years Paul has worked as a composer and pianist in Southern California with his own big band, sextet, quartet, and as a studio musician and accompanist. The Paul McDonald 17-piece big band performs regularly around Southern California and Las Vegas to mostly sold-out audiences. Showcasing the virtuosity and versatility of some the finest musicians in Los Angeles, Paul's explosive arrangements and compositions aim to bring the classic sound of big band jazz into the 21st century while simultaneously honoring the great tradition of this uniquely American sound.

The Paul McDonald jazz quartet album “West View” was released in the spring of 2010. Paul is also a guest conductor and arranger for the Palm Desert Symphony Orchestra. Paul continues to be in demand as arranger and composer for numerous singers, performers, tv shows, radio and movies.